skip to main | skip to sidebar

It was a fun media-filled ride today for the VeloViet cycling club.  Vicky Nguyen, a local television reporter, showed up with a camera man to interview and film the VeloViets in action.

A quick bio of Vicky.  She is a CSUF graduate with a BA in Radio, Television, and Film, and is a TV host for Saigon TV and a news reporter for Garden Grove's TV3.  For this feature, Vicky is doing a television piece for a show on Saigon TV. 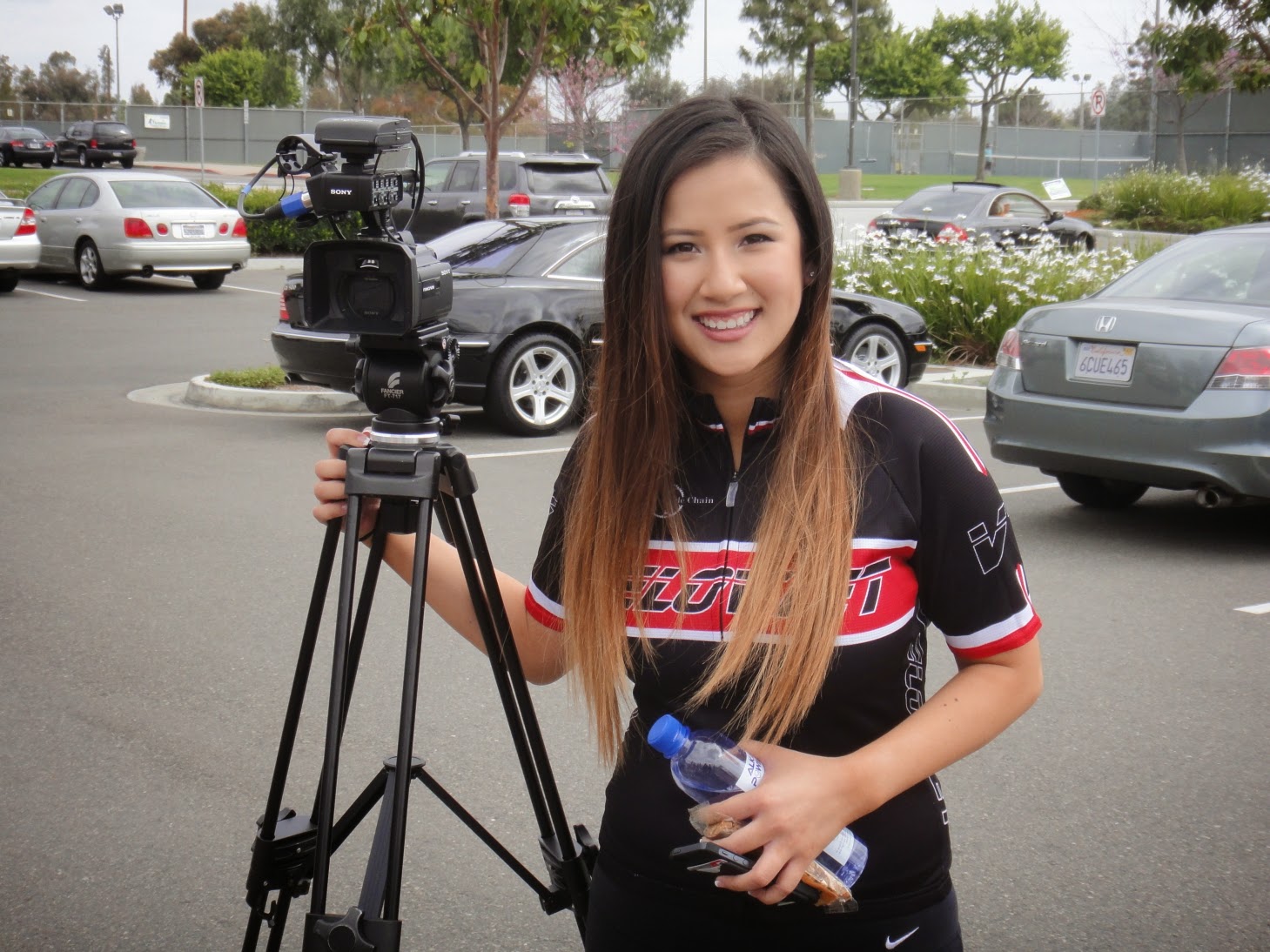 Photo - Reporter Vicky Nguyen
Also making a "rare" appearance ﻿was Cap't "Zeus" Thomas.  Thomas has been very busy with different events in the local Vietnamese community, but took time to come out and visit us.  All were excited to see Thomas on the bike again.
Also visiting were some cycling friends from San Jose, XeDapViet's Dzung and Margaret, who rode with our VeloViet's Endurance Crew in a double century (yup that's 200 miles folks!).  A lot of action today!  Check out the photos... 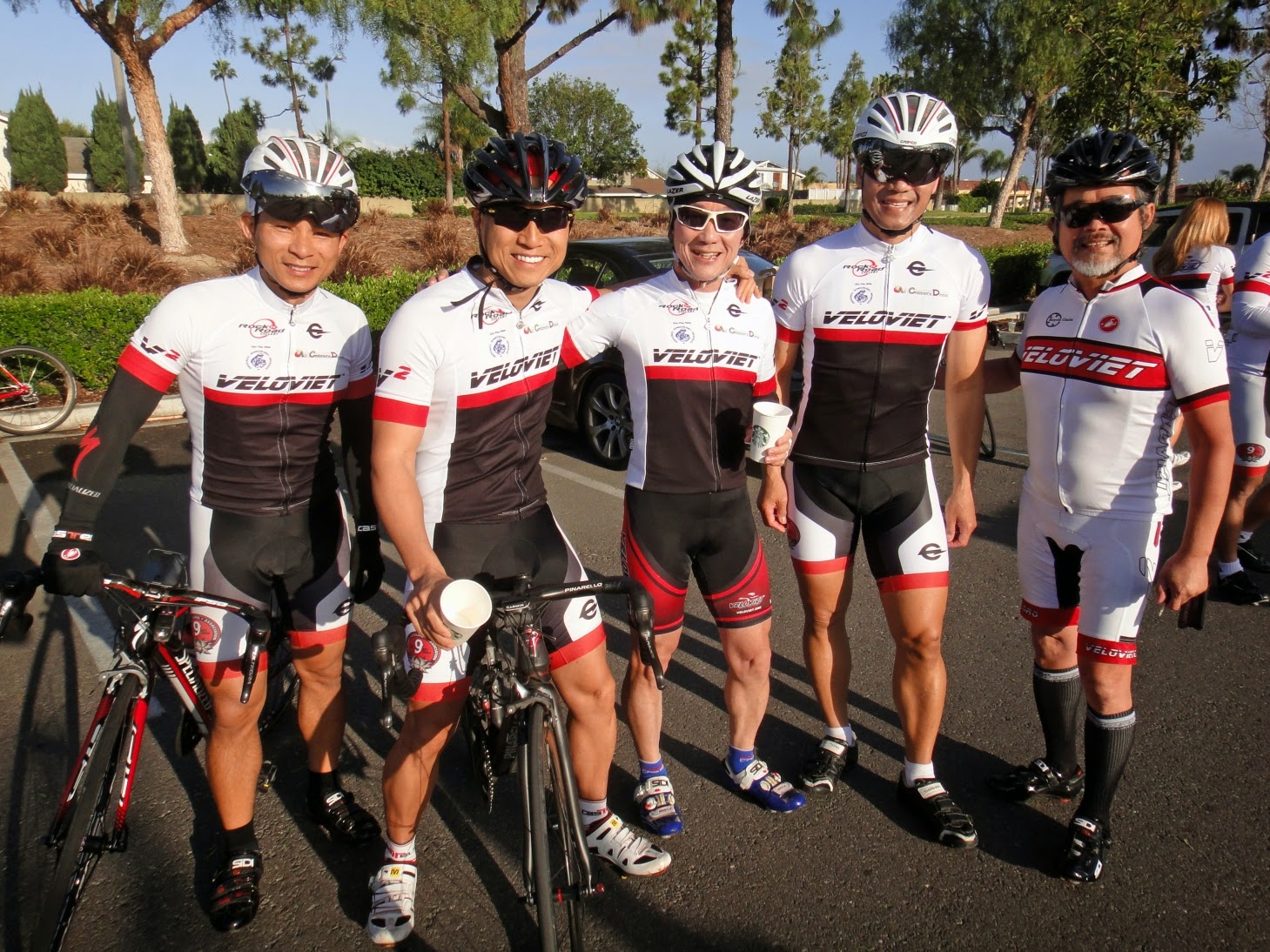 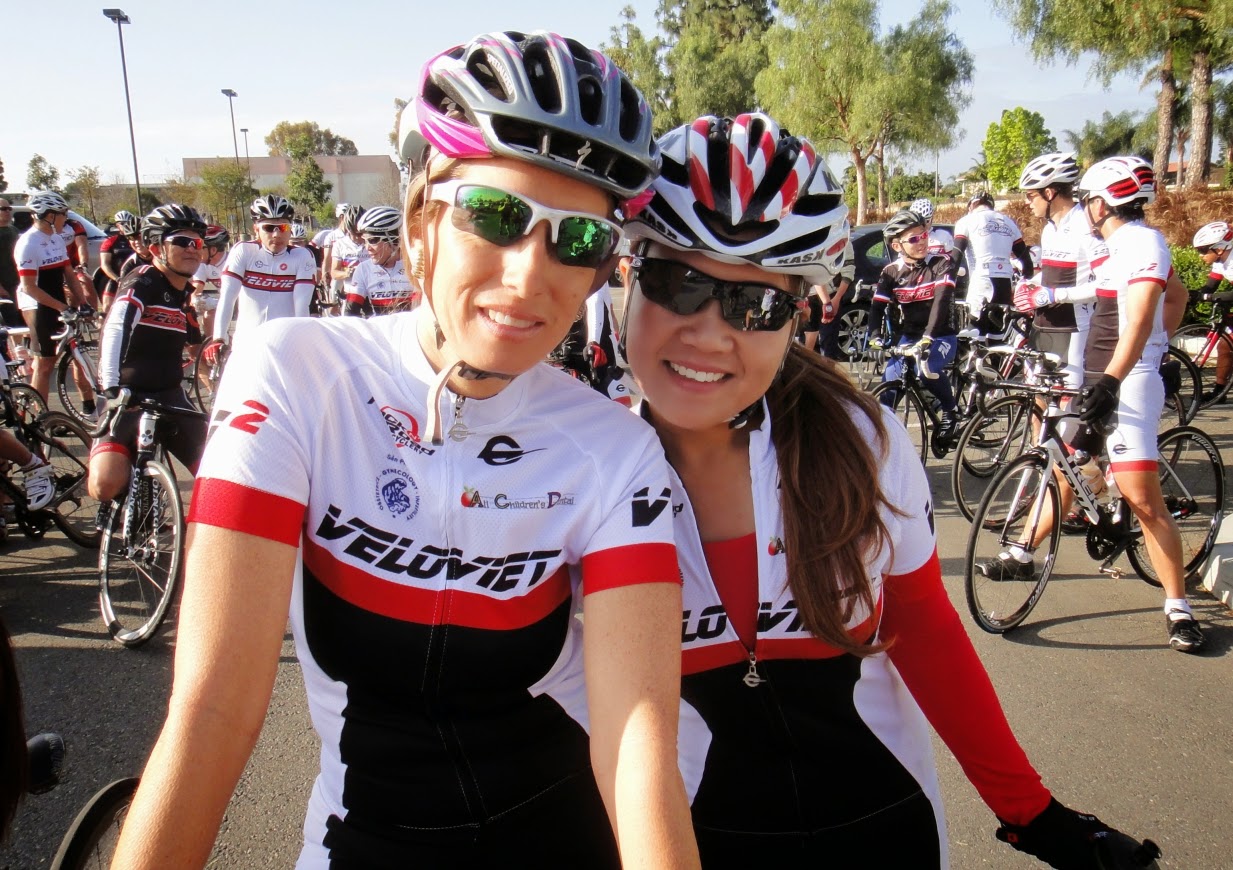 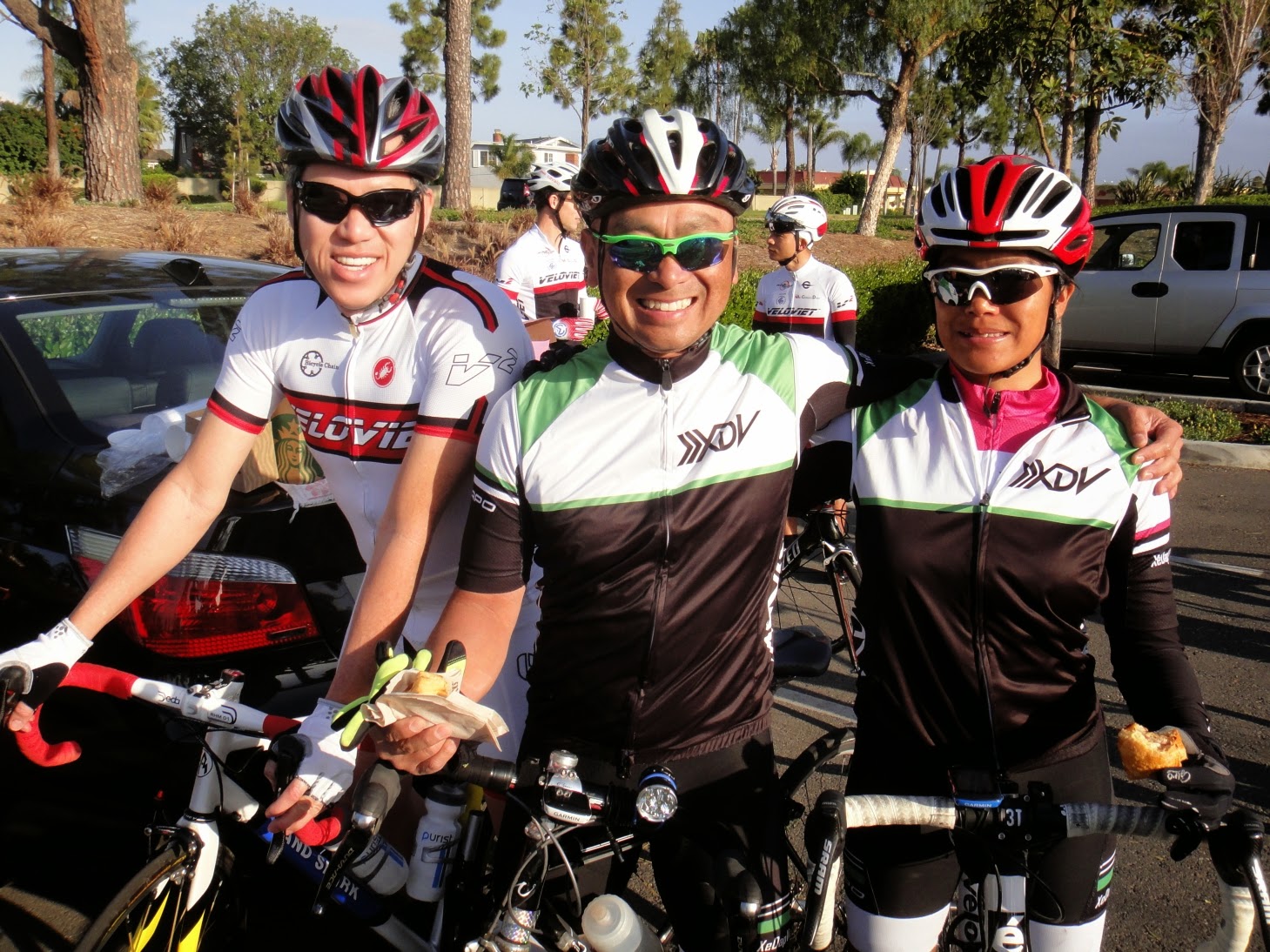 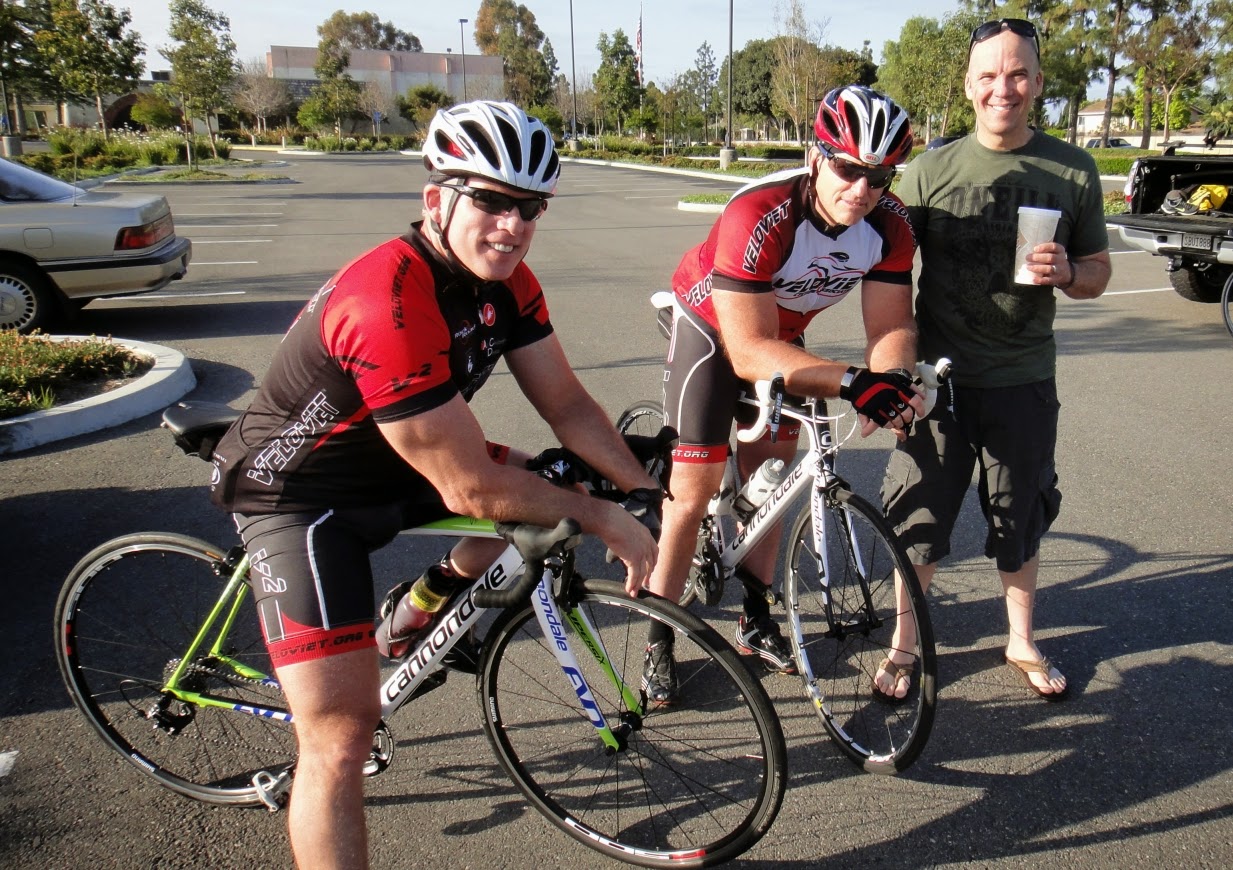 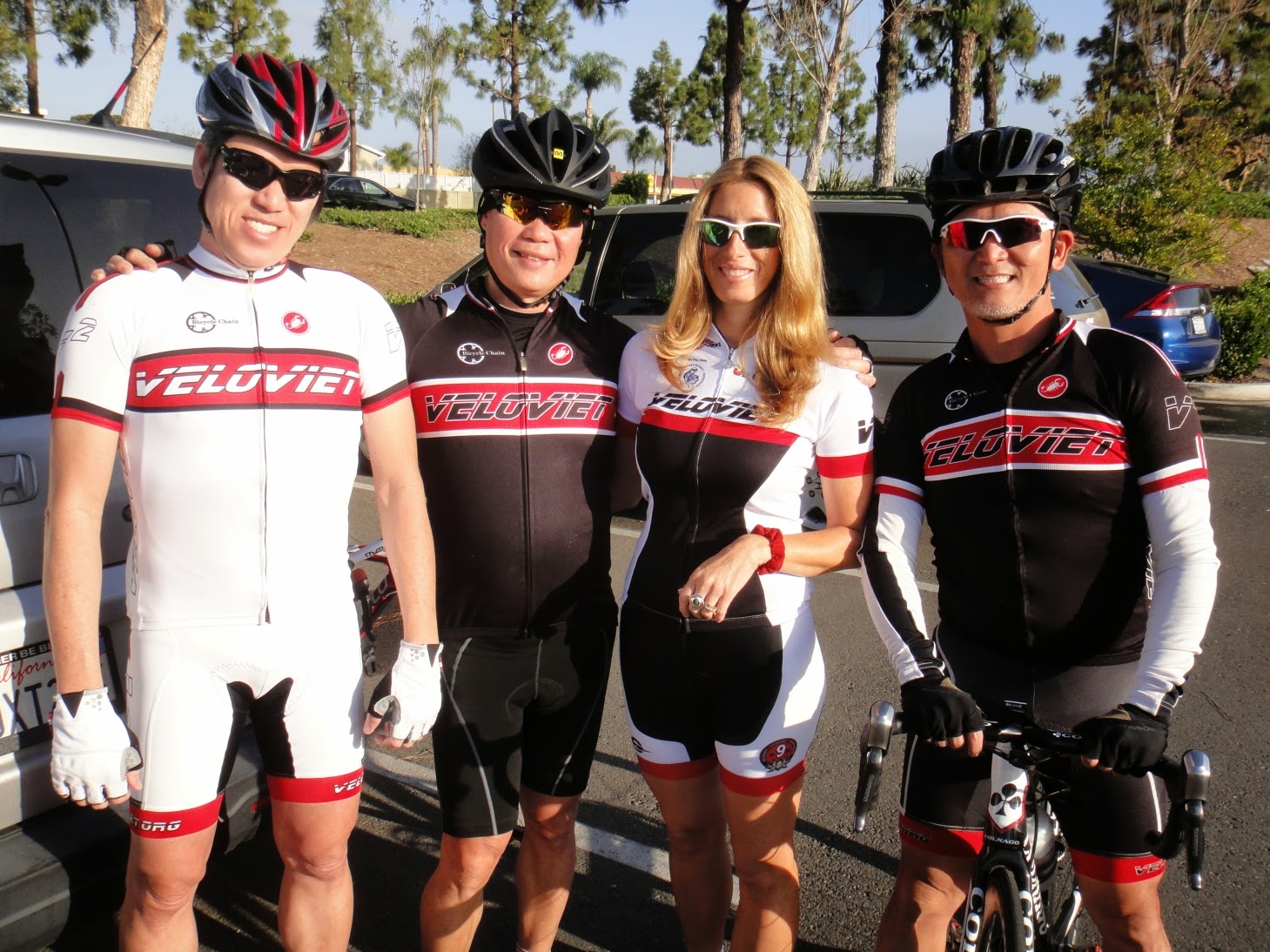 Photo - Minh, Thang, Lilliana, and DuyAnh
After a quick interview with Cap't Scott and the VeloViet Ladies, we quickly transformed Reporter Vicky into a cyclist and outfitted her with a road bike.  Vicky definitely looks good in a VeloViet cycling jersey!
A few more photos and we are off!
﻿ 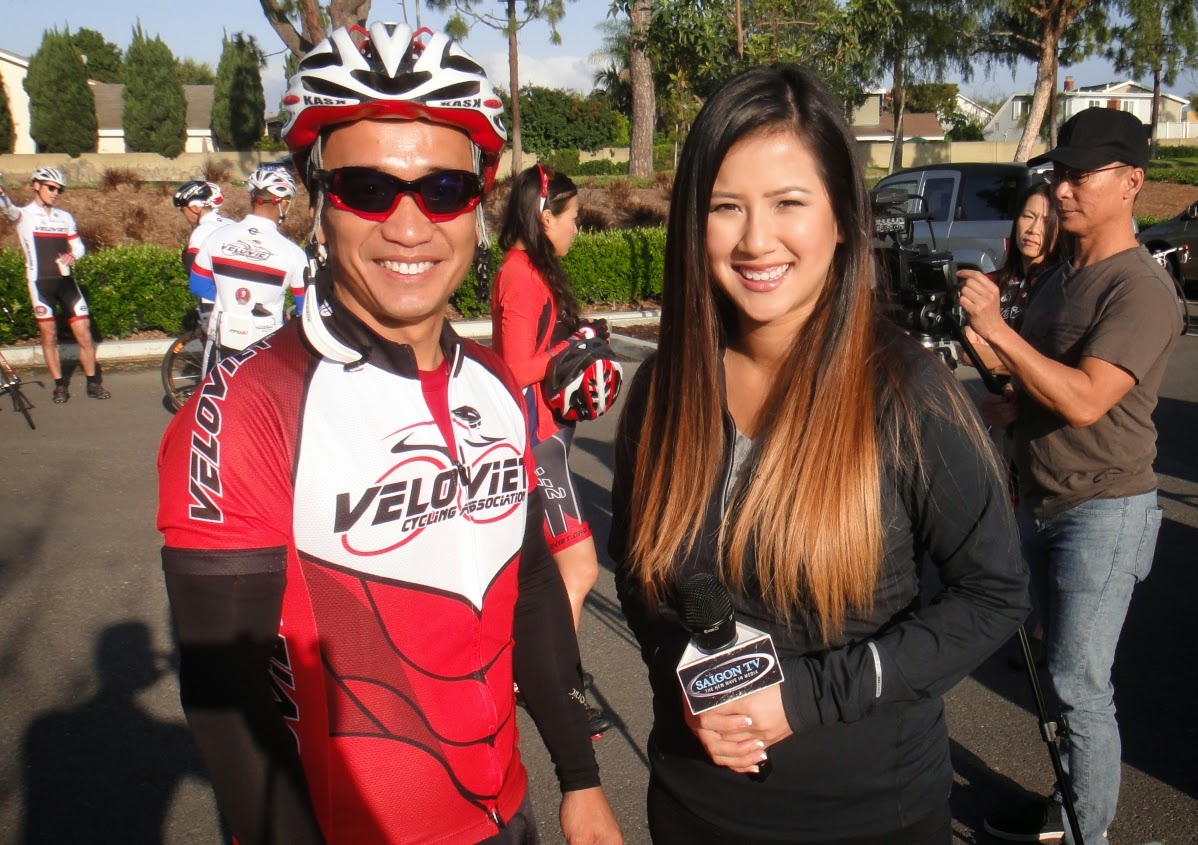 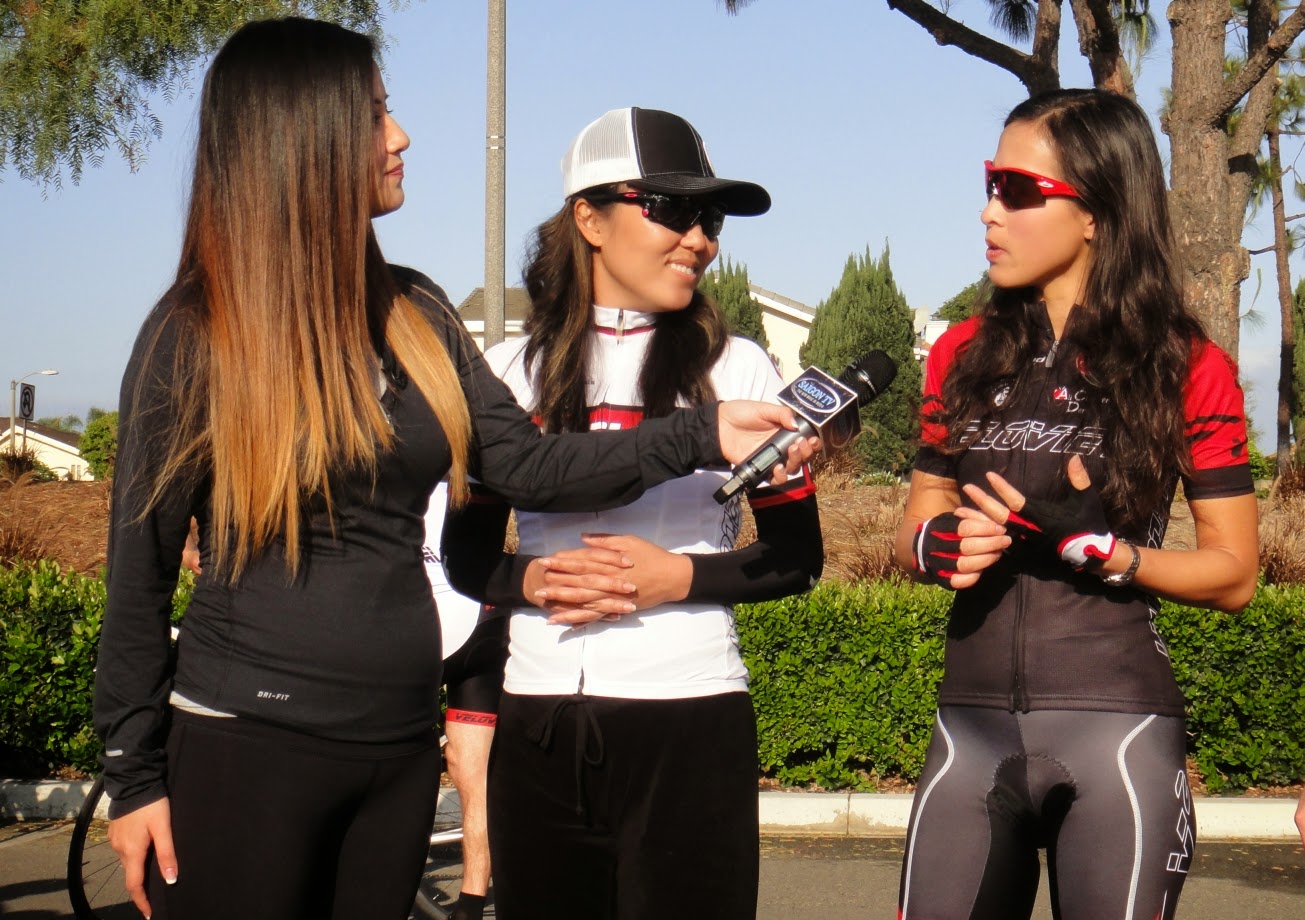 Photo - Vicky Interviewing Kristy and Tho 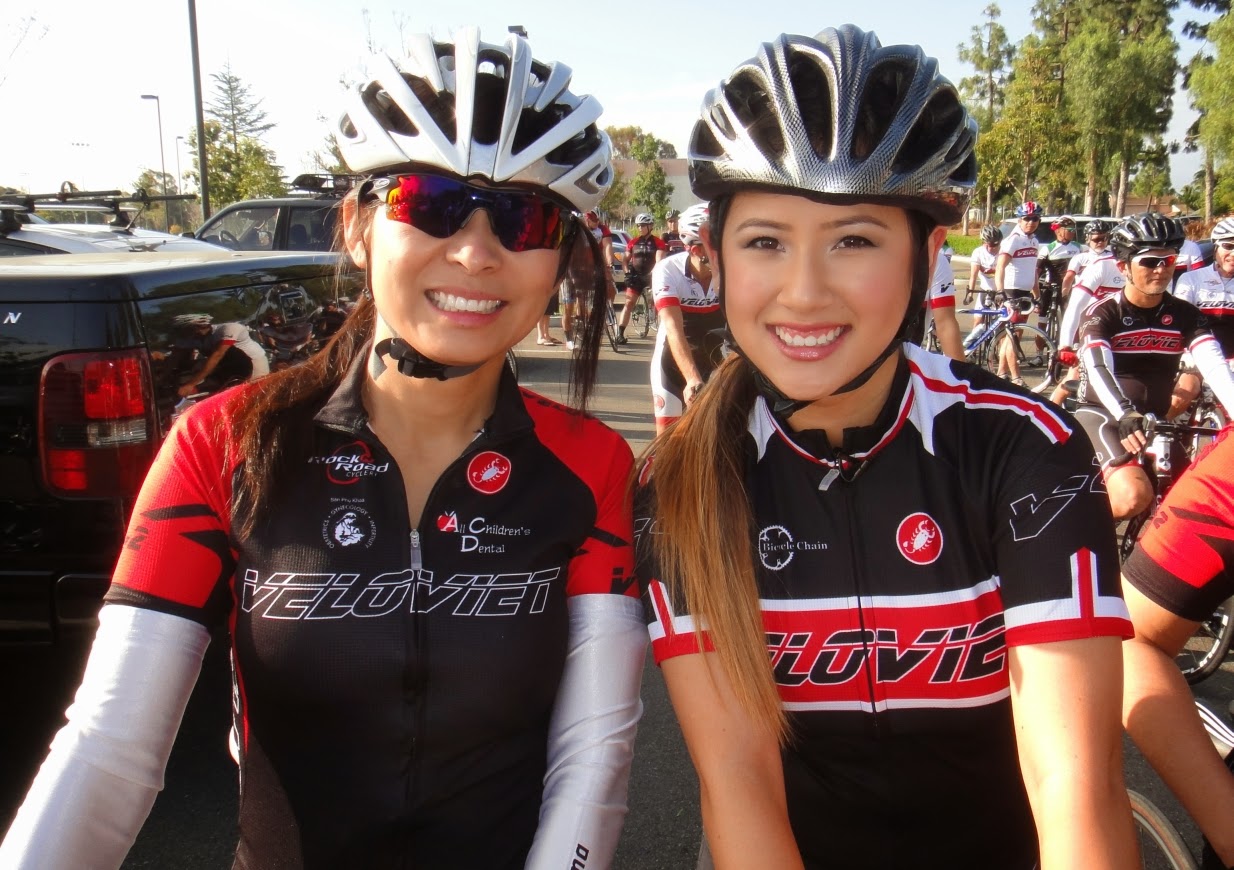 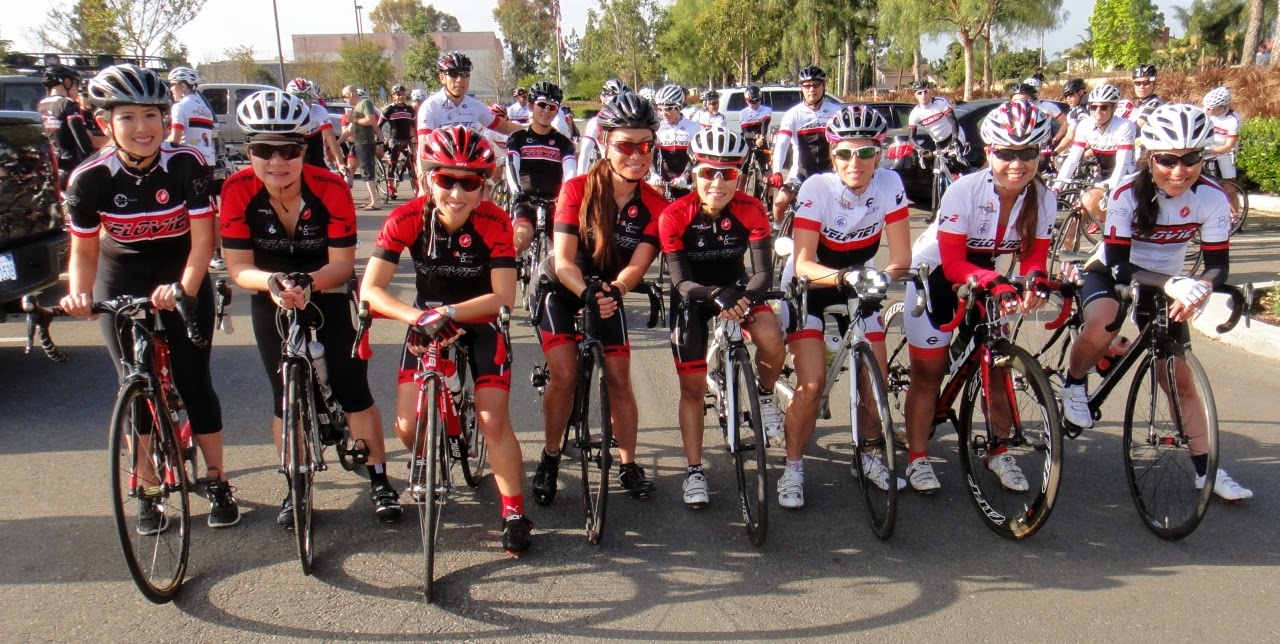 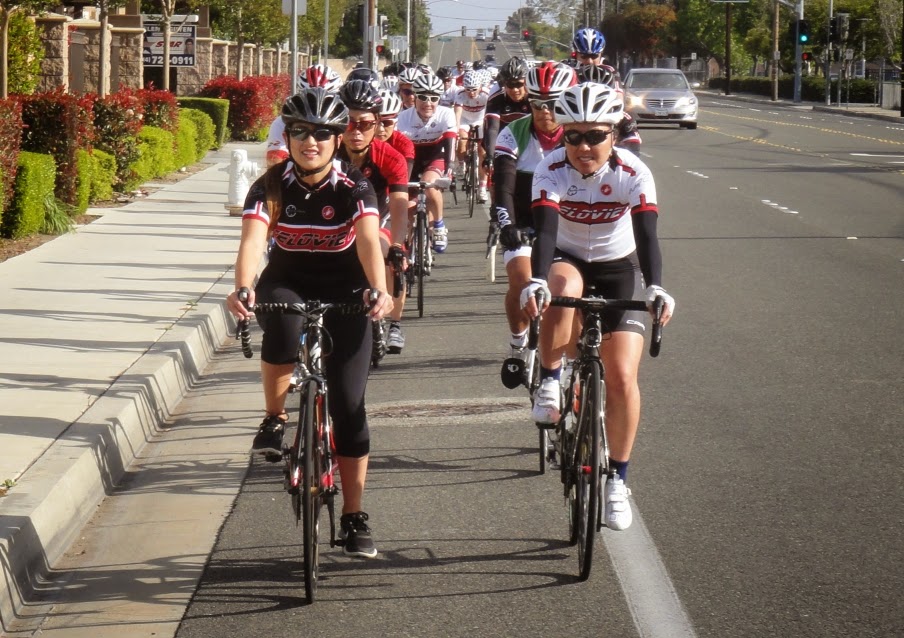 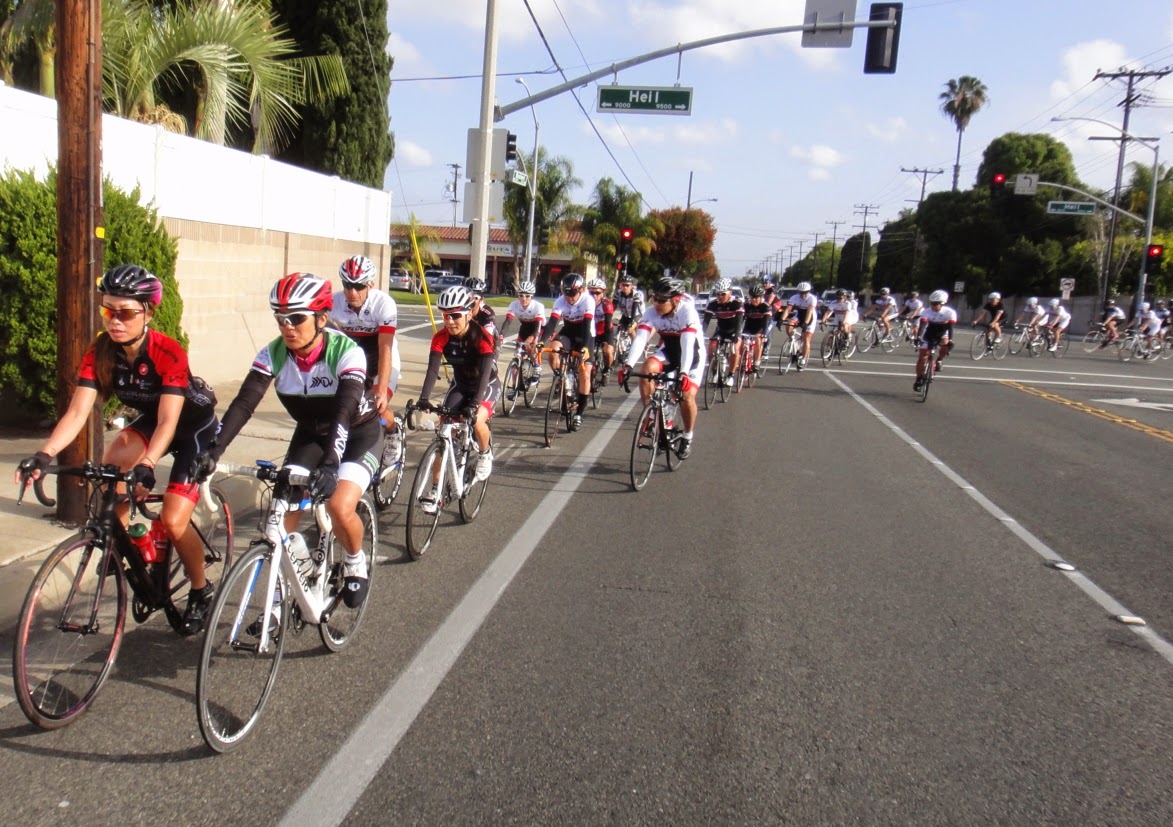 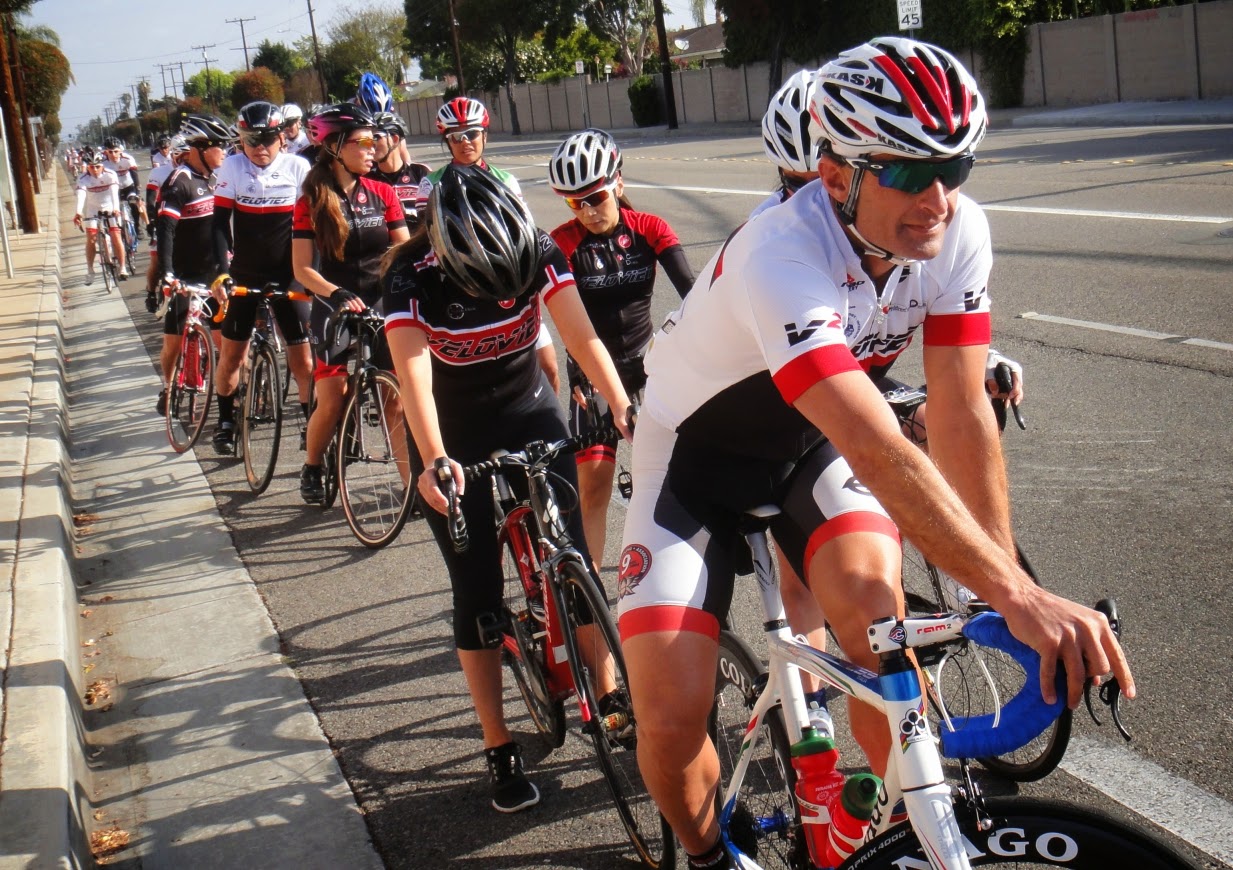 Photo - Luke Doing a Track Stand At a Stop Light 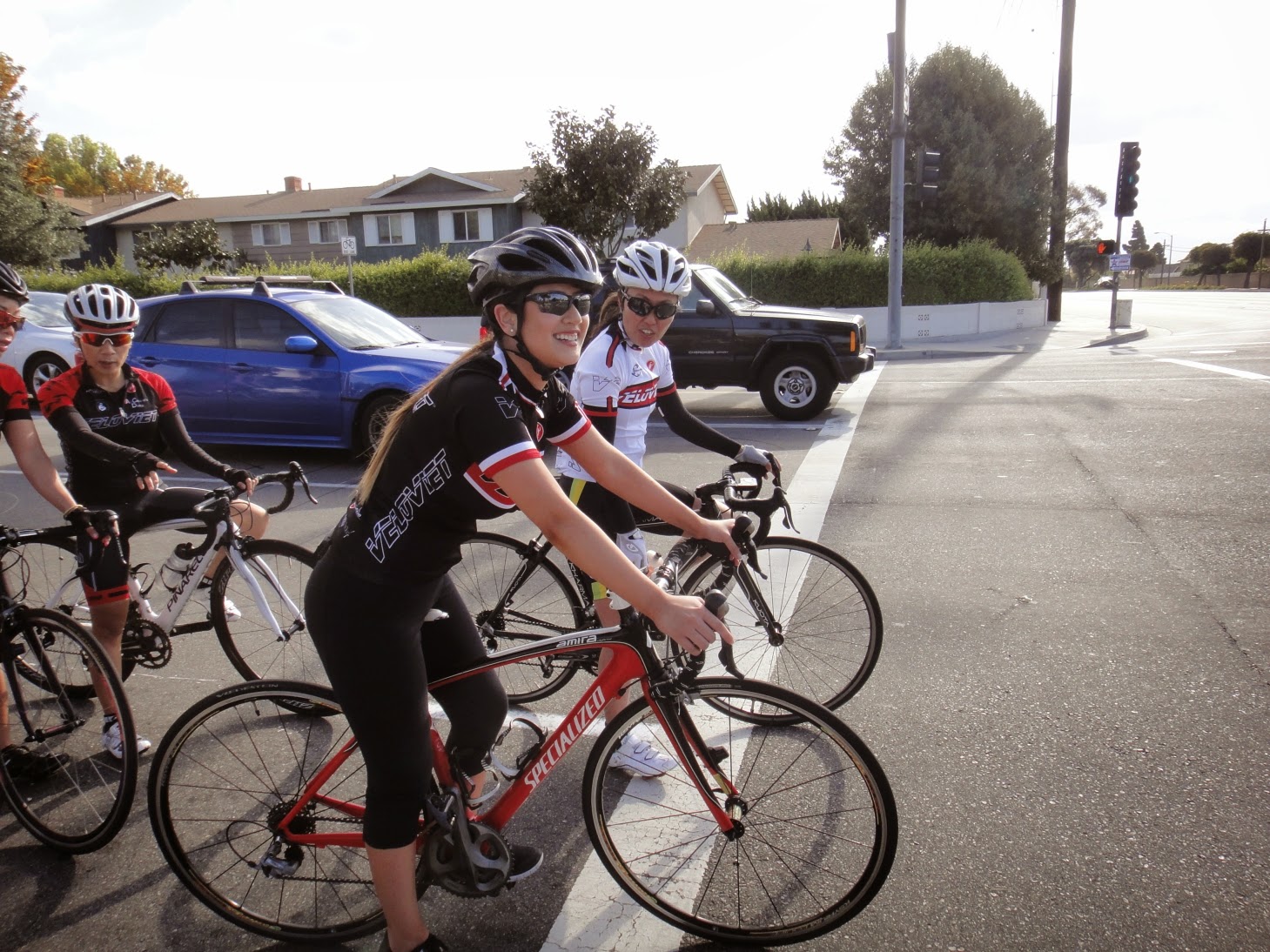 Photo - Vicky Enjoying Her Time on a Bike 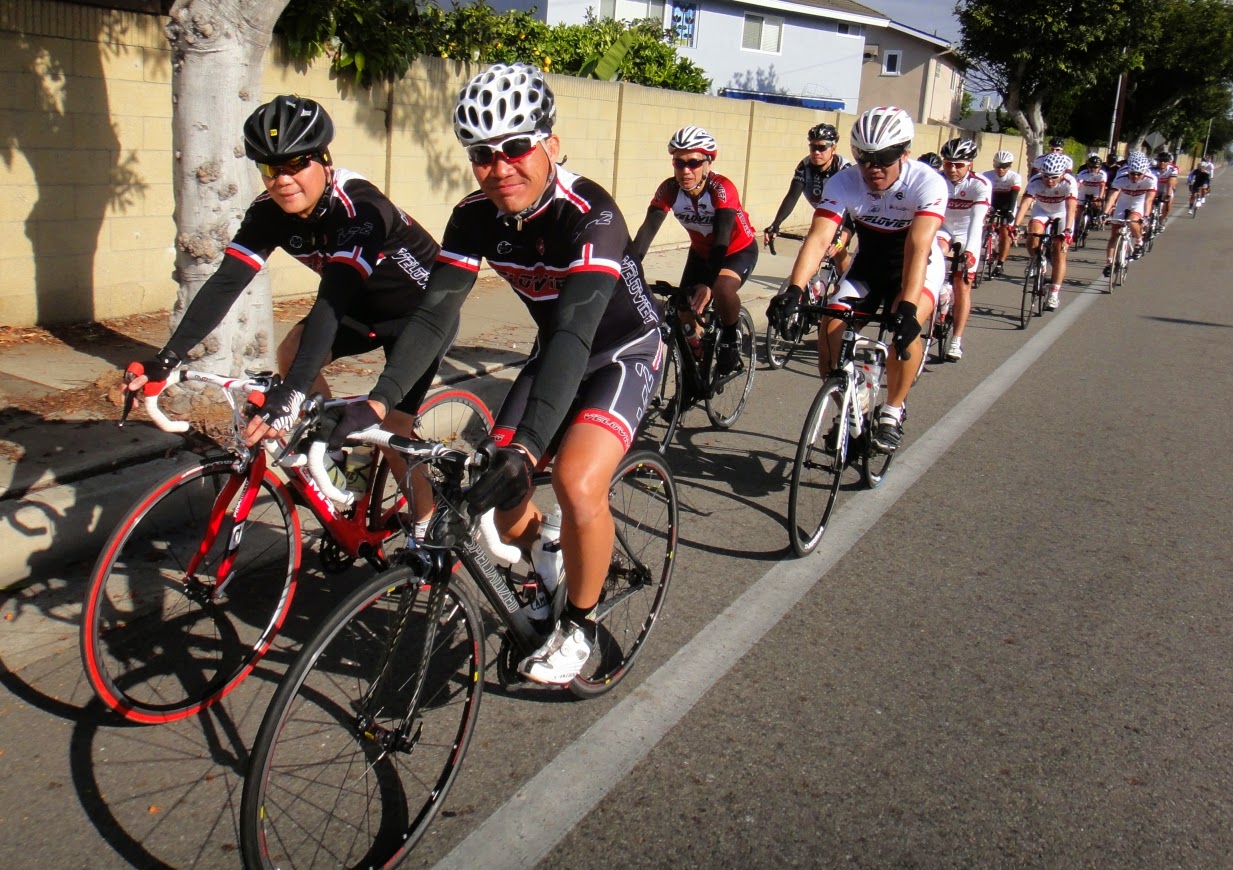 Photo - Thang and Hieu Enjoying the Sunshine
At the beach, we did more interviews and took more photos on the pier.  I even managed to do a few quick photo op with our members and with the reporter! 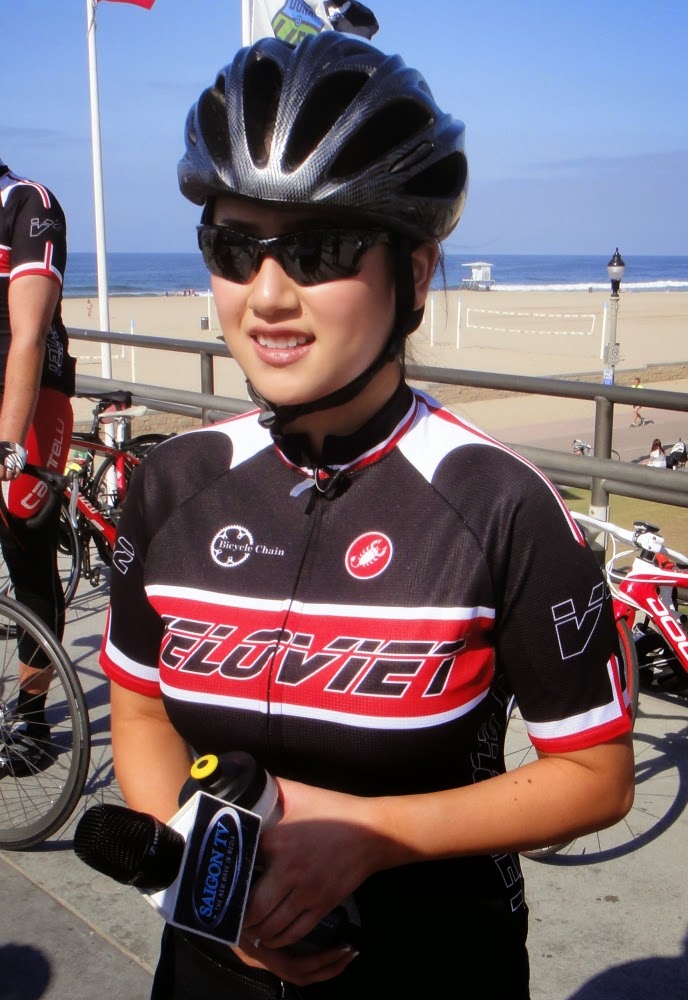 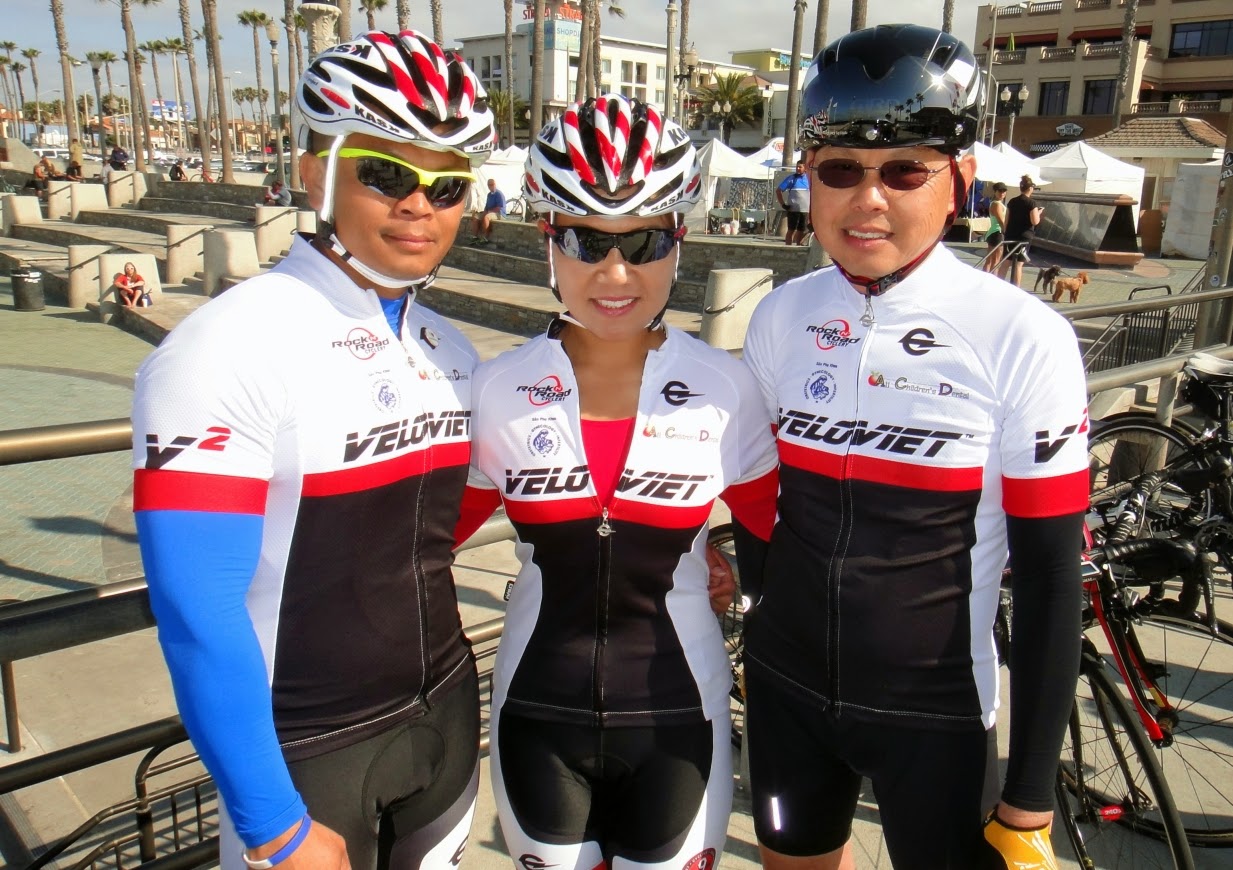 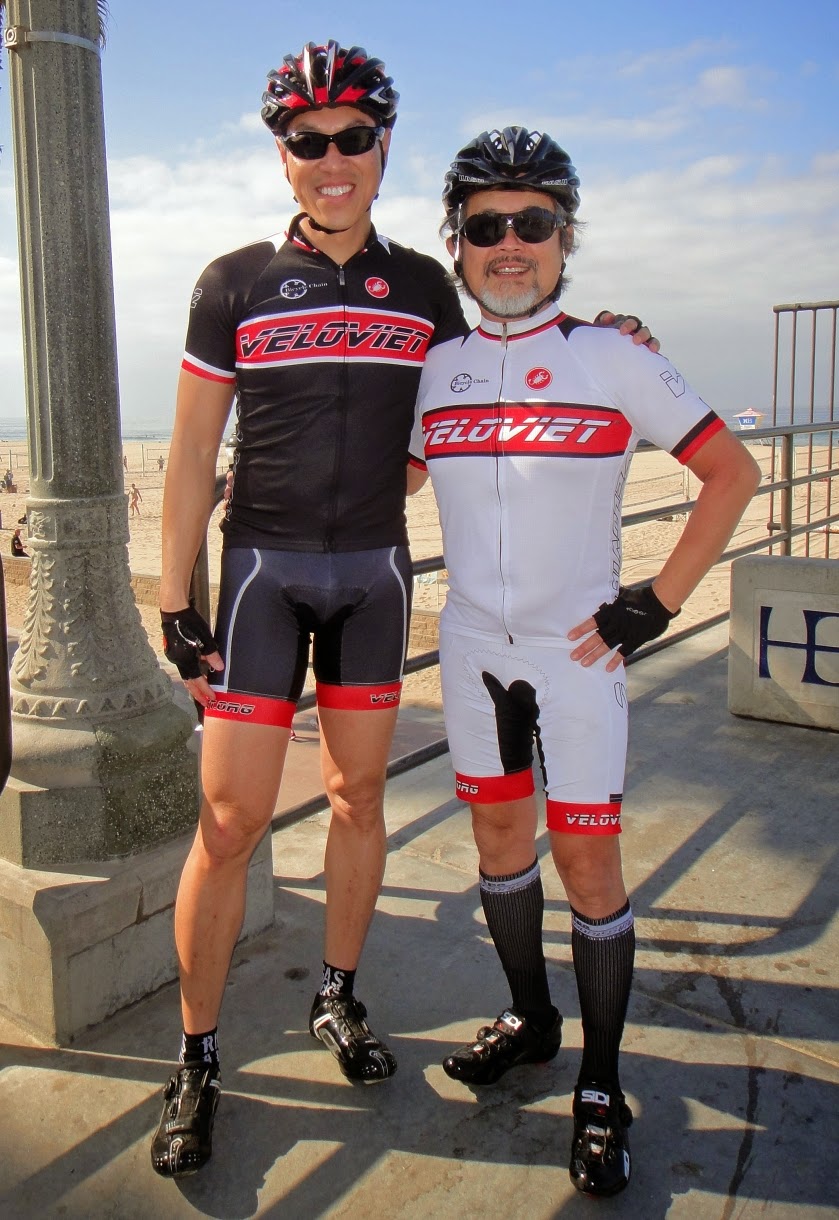 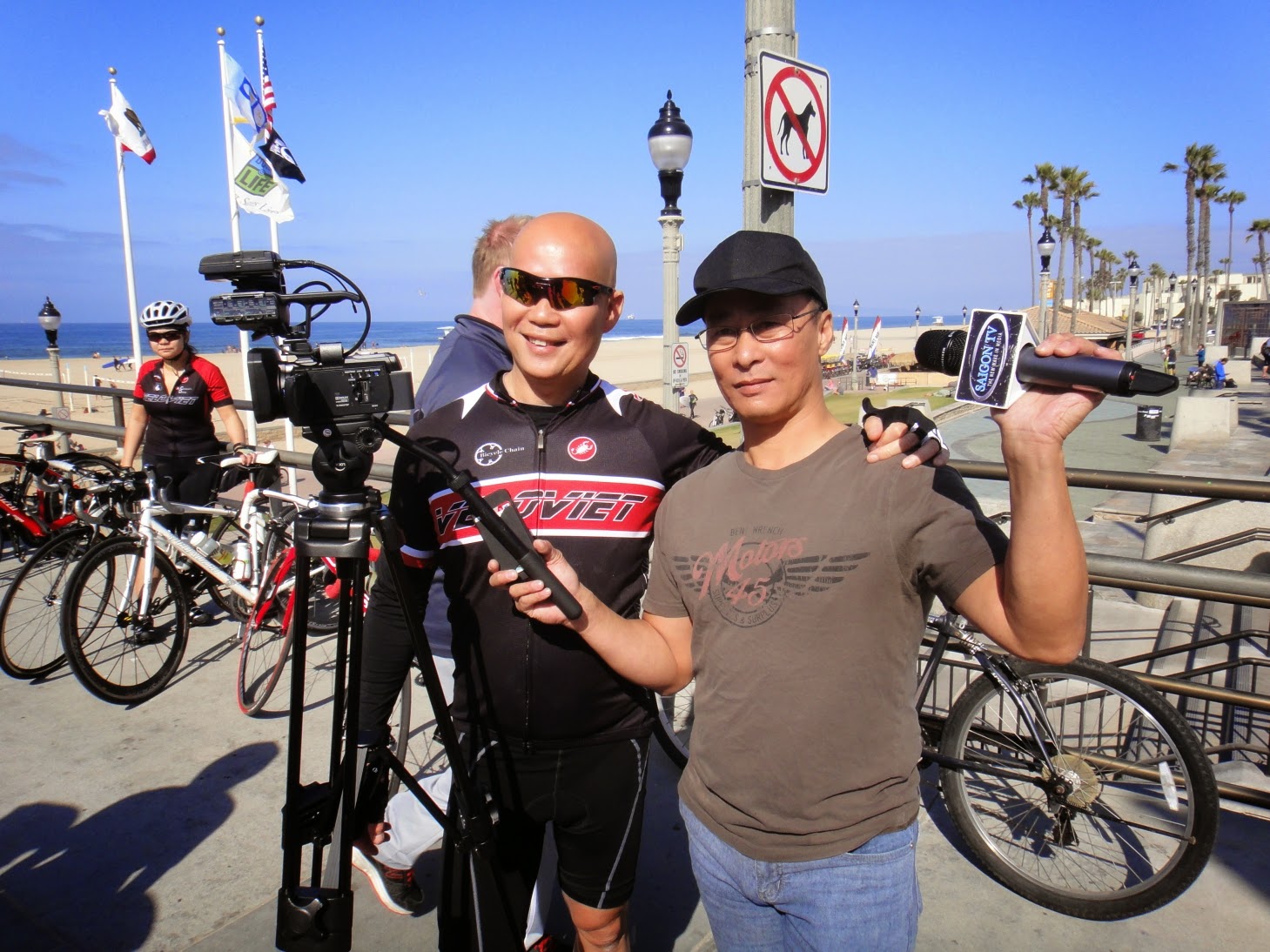 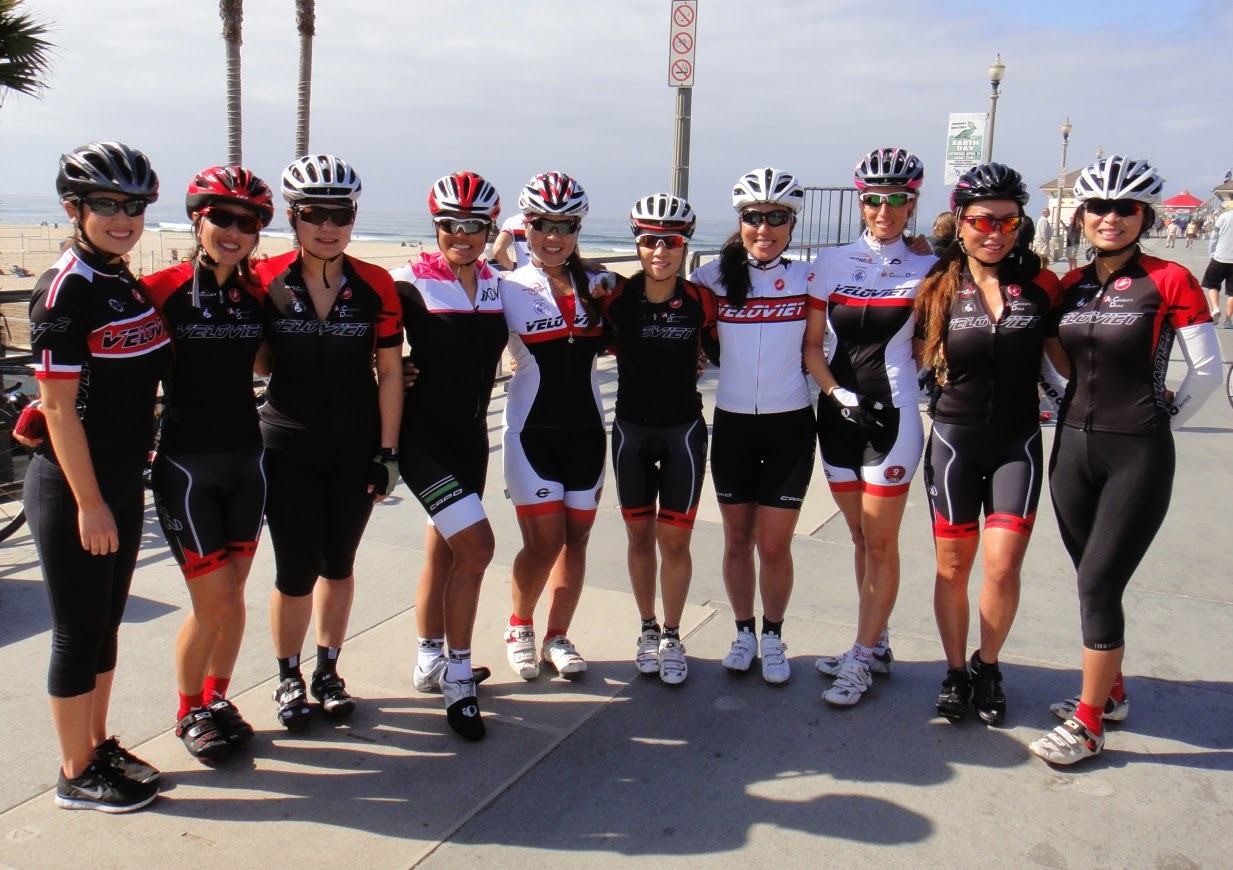 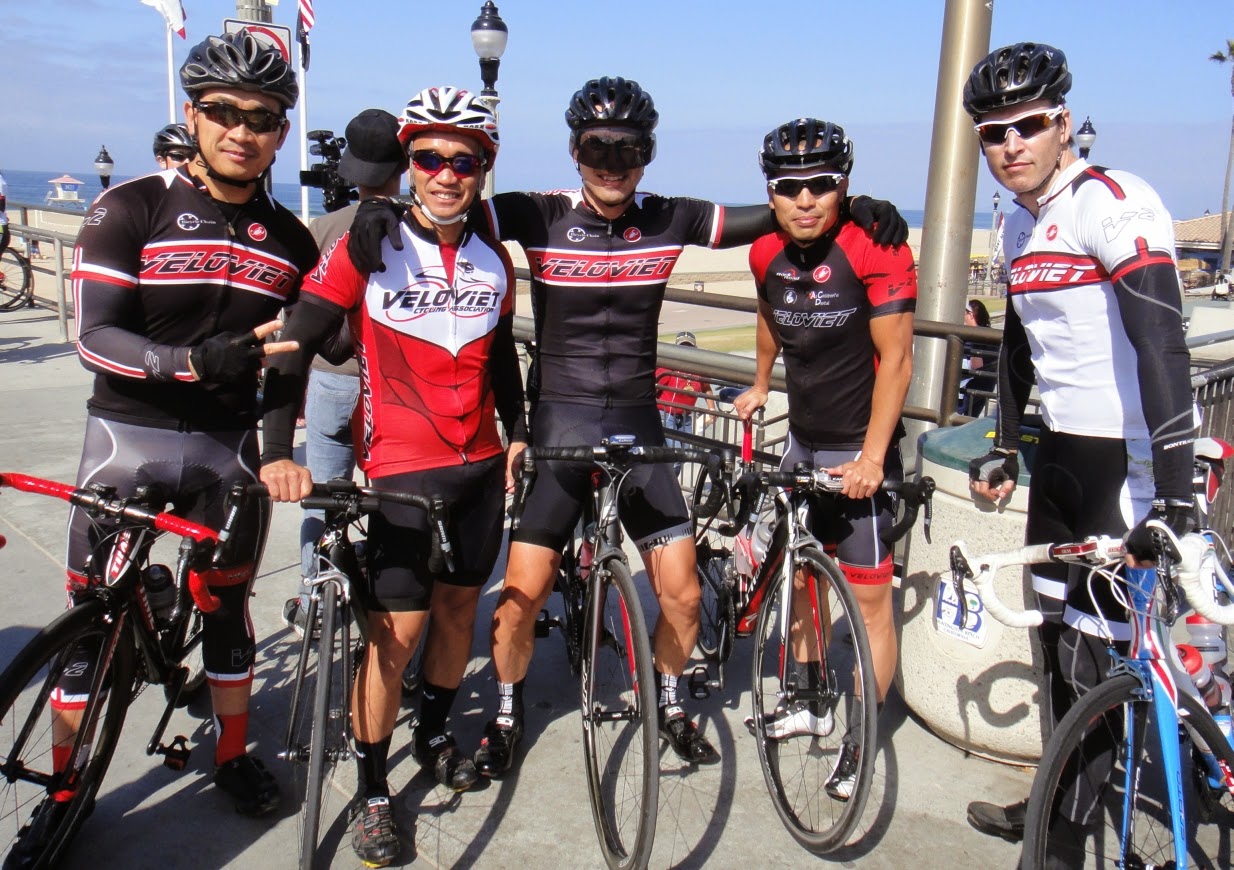 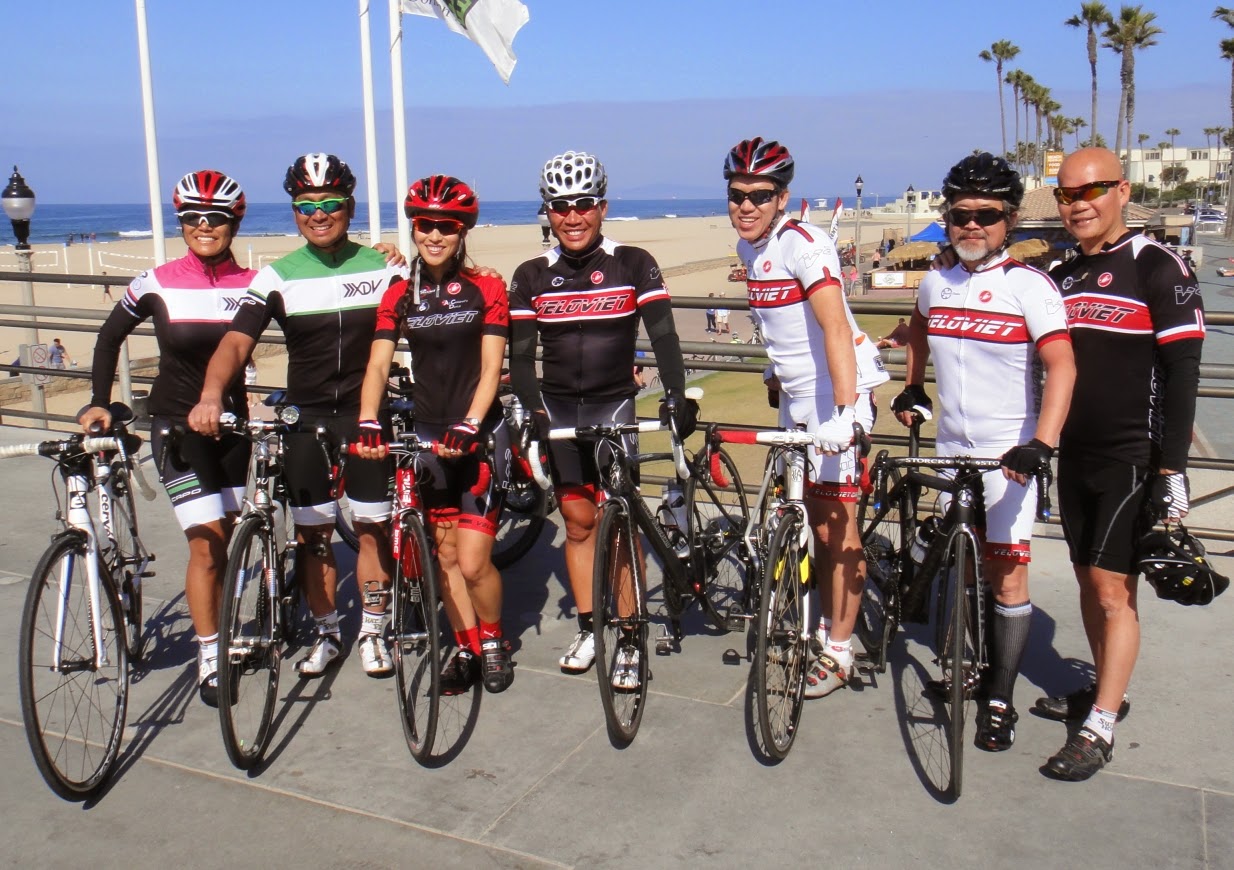 Photo - XDV's Margaret and Dzung with Tho, Hieu, Minh, Larry, and Thang
﻿ 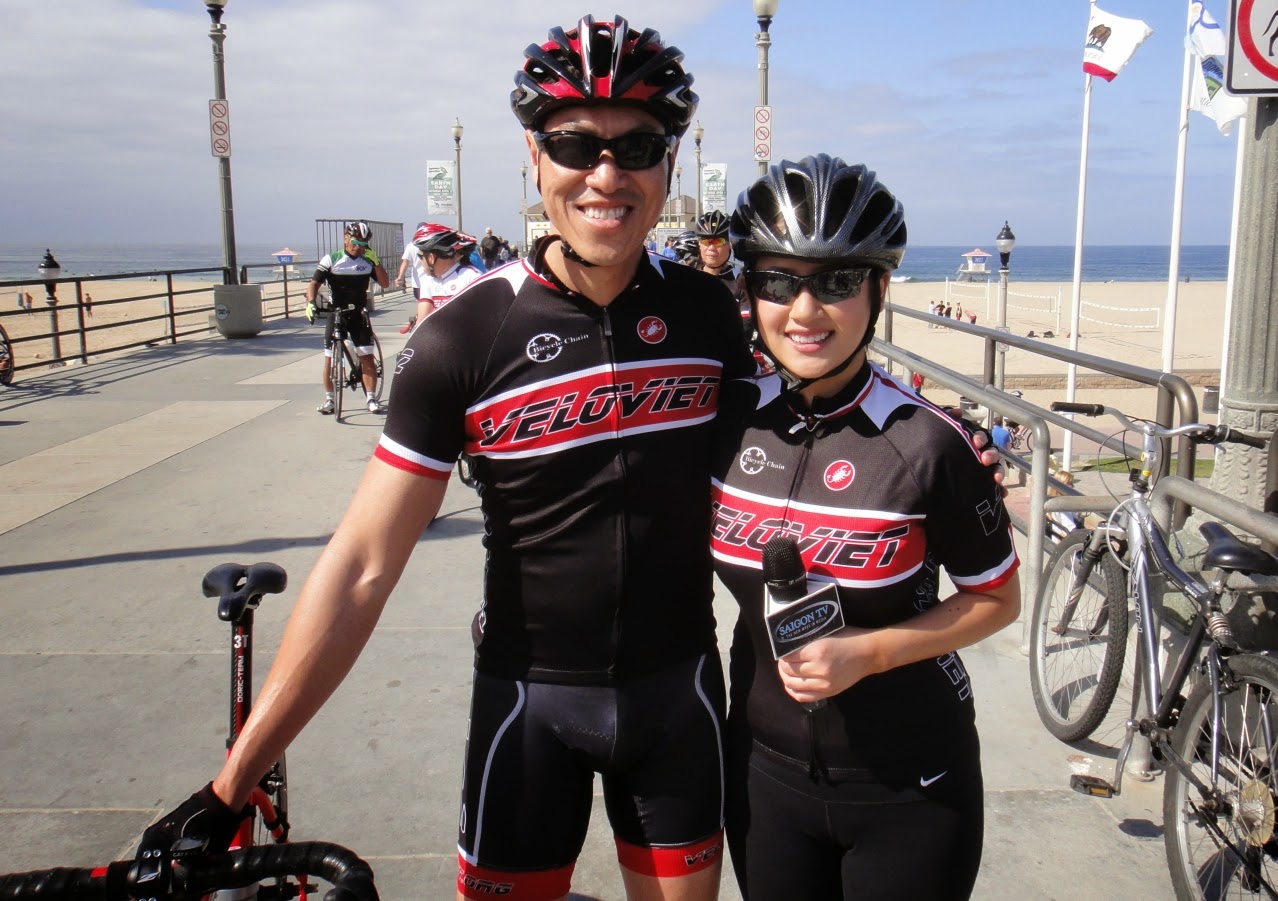 Photo - The VV Pack at Huntington Pier
Afterwards ﻿we rolled slowly back to MSP and enjoyed lunch at a local restaurant.  Although we did not ride a lot today, the food and camaraderie definitely made up for it.

Overall the VeloViets had a great time with Reporter Vicky. Thanks for being a good sport and ride with us Vicky. We look forward to seeing your television feature, and hope you had a great time.  We will see you again soon on the bike!

Special thanks to Kristy for coordinating this event for the VeloViet Cycling Club.  Looking forward to seeing everyone on the roads to GMR. 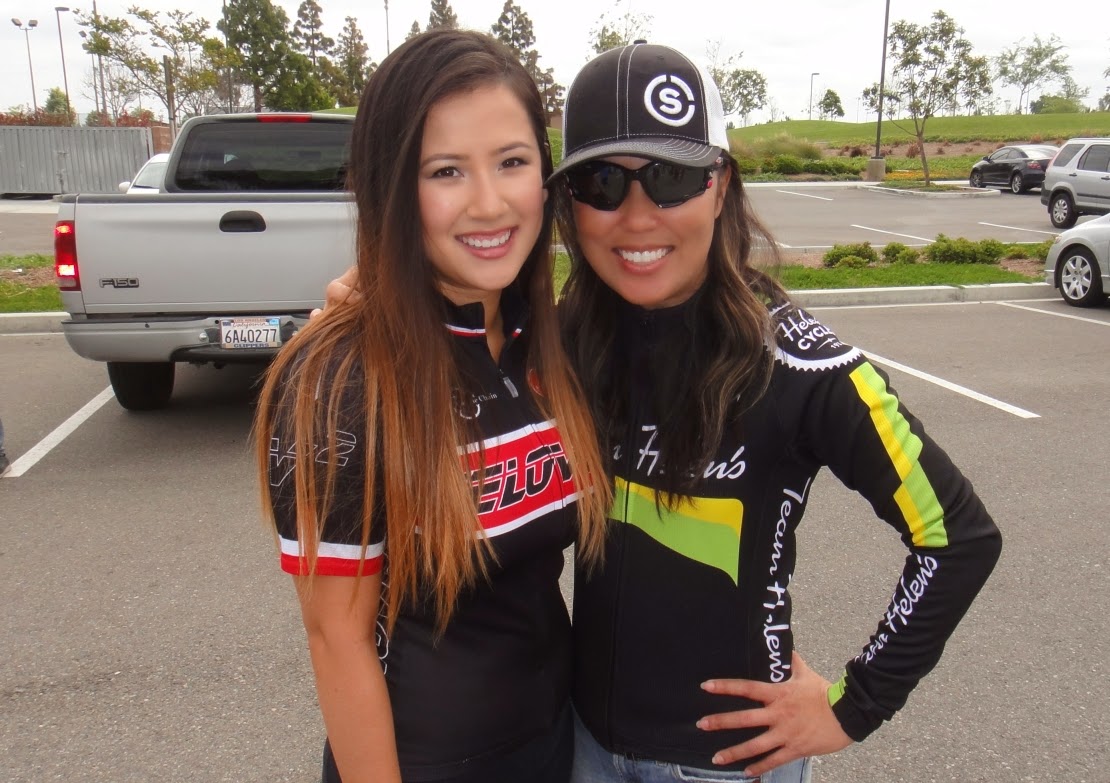 Photo - Vicky and Kristy
Signing out,
Phong
﻿
Posted by Phong at 9:49 PM